EDIT: Okay… so I was just having a nice nose through my blog on someone else’s computer and noticed that this post was not published. Woops! So I here it is… all be it very late. My round-up of MozCamp Europe 2011

A little while ago I was privileged enough to be invited to attend possibly one of my favourite events of all time. MozCamp Europe. I last attended one of these back in 2009 in Prague and it was amazing! Well… after thinking that there was no way to top that off I just got proved wrong. MozCamp Europe 2011 was at least 10 times more informative and 100 times more awesome.

So lets do this in a sensible manner. What was it all about this time? Answer: Many Voices One Mozilla.

As with most events there was a period of time on the first day travelling… then catching up with some old friends, and meeting new ones. Same old same old, though I would never trade that in. You meet some amazing people while travelling. Just take a deep breath an talk to the person next to you. If they object then stop talking… though often they wont. It just takes someone to make the first move.

Okay so day 1 = travelling. What about day 2? Well day 2 is a different story… you have to wake up to start with, though that is normal to every day, only difference being you are tired still from going to bed a little later than you should due to talking to people you haven’t met for a while and also due to the travelling.

Breakfast was great, as was the night sleep beforehand. I have to say that the Tryp Berlin is one of the nicest, most comfortable hotels I have ever stayed in, as was the food there (though I could have murdered a real full English fry-up).

Right… breakfast over the next thing to do… actually get to the venue which was a short walk away in the cold. This however does not bother me because… WOW, what a venue it was. Definitely a place to go back to at some point. 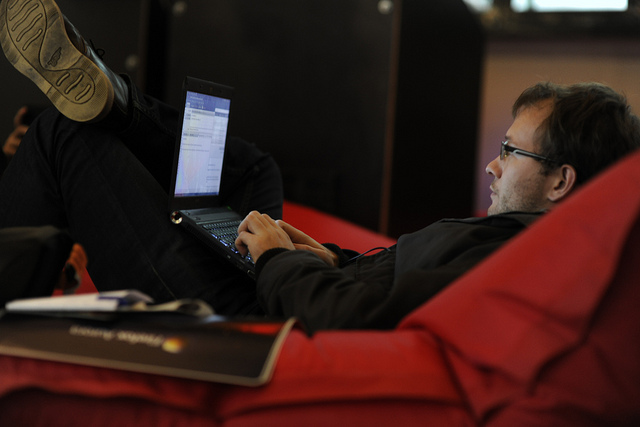 The large bean bags on the ground floor had to be one of the best things in the world. Even if I spent very little time in them I would have to pick them out as one of my favourite things.

Next on the agenda… talks! The day consisted of some amazing keynotes on the future of Mozilla and around the theme of many voices one Mozilla. There was also (which I loved by the way) a short period where someone from each of the communities that was attending, could spend just a few moments (I think it was 2 minutes each) to say a bit about who their community was, what they had done, what their biggest challenge had been (or is), and what they planned on doing. All of these moments were also summed up on a huge “Web Quilt” which you can still view today.

Still during the first day I move this post onto my next activity which was a media training session. This was all about providing those of us in the community a little more confidence as well as tip/tricks of the trade when dealing with media. Not only was it informative, but it also gave us some time to practice what we were being told. It was also fun, not just a doom and gloom training session on, “you do this, you do that”. Far from it in fact. 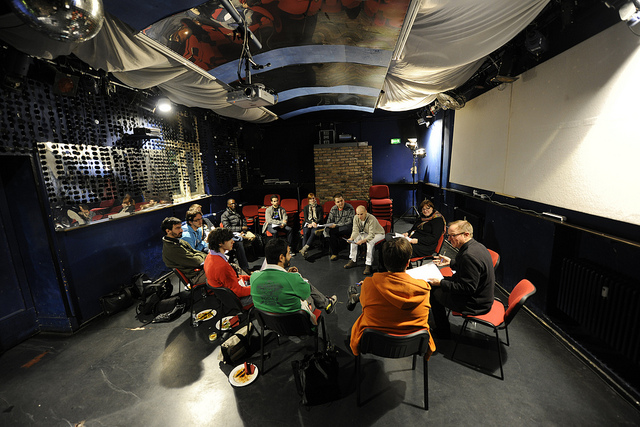 Along with a number of other sessions (such as a ReMo status update, Constructive Collaboration, Nurturing a million relationships, and the Firefox Flicks Projection) there were coffee breaks (though the coffee from the week before at MozFest was better (sorry MozCamp), hallway conversations, a mega lunch and, of course, more meeting new people and making new friends. Followed by a wonderfully tasty dinner in the centre of Berlin. 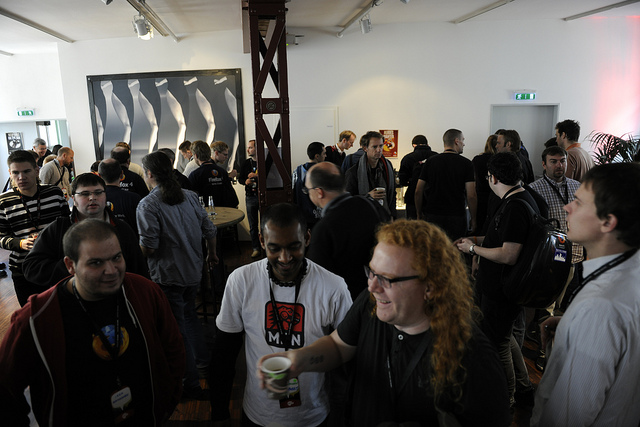 Day 3 was of course a little harder for the getting up part however, for myself this was not due to drink or partying the night before, but more due to the amount of awesome from the day before. So much happened that this blog post does not even touch the surface yet… and I doubt it will.

The day kicked off with a talk that clear quite a lot up for me, and also answered a number of questions that others around university had been asking me. Why the new development cycle? Well I feel confident enough with my answer on that one now. The next thing on the list for the day for me had to be the talk by Chris Heilmann about “How to be a kick ass public speaker”. I have recently found my self doing more and more presentations and talks and wanted to gain some insight into how Chris got so kick ass at speaking (**EDIT: **in fact after taking on board some of his points and after being asked to do so at university I have even done a presentation inspired by this one! Blog post on that to come).

So based on the next thing I am going to tell you it is going to become obvious that I attended a lot of things that I can use as a Mozilla Rep, and why wouldn’t I? Mozilla Reps is basically a programme designed for me! Based around what I do in the Mozilla Community for the most part. Of course I know it was not designed around me, but around many people and an idea. However lets move on to what I did next, which was attend a talk about Mozilla Reps SIGs (Special Interest Groups). The part of this talk that was not actually part of the talk but worth noting, was a sing-song of “Happy Birthday” to Pierros. Downside to attending this session… I now want to join all the SIGs! I have nowhere near enough time to do so! Now I have to choose one 😒.

Shortly after the SIGs session there was a Q & A panel which, once again, raised and answered many questions. Wouldn’t be much of a Q & A other wise would it. This followed by a speed lunch, was the last thing before the dreaded group photo. Now I say dreaded, and this is not because it isn’t nice to have a group photo, nor because I don’t like having my photo taken very often. I say this because of the cold, and logistical nightmare that it was. As ever… too many people to fit into frame, so a lot of shuffling round. This time however it was done on the road just outside the venue (a quiet road… we didn’t want to get run over). Being on the road presented another problem… cars… they kept driving through the shot. We did however make them all feel special by giving them a big cheer each time one came past 😜. 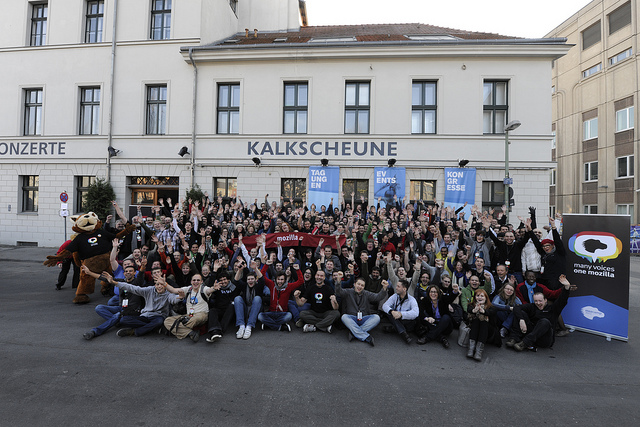 So now we get to the last few sessions, and the closing remarks. Pierros got another, larger birthday sing-song, as well as cake! We all said our good byes, and then went our separate ways, still with that idea in our heads however. The idea that there are **Many Voices, One Mozilla**.

It was an incredible weekend, and it is not fair to ask what the best part of it was! I wouldn’t trade a single second of it for anything in the world. I would perhaps trade sleep for more if I thought I would be conscious by the end of it, however that is not certain… there was a lot of awesomeness.

For all the awesome photos in the post and many more from the event visit flickr.com/photos/mozillaeu.

A special thank-you goes out to all those that helped organise the event and to who ever it was that put my name on the list of invited participants. It has to be said again, that this is possibly the best event of its type I have been to yet!

Okay… So, Danny. I while ago (well almost 3 months ago) I wrote a blog post about how things never go as planned. More specifically I asked the question “what tips, tricks, and recommendations do you have for a Mozillian going to university?” Well

Woop woop! This post realistically comes under the category Mozilla however anything under that category get sent off to planet.mozilla.org and I don’t want this on there as it would be pointless. Bonjour Mozilla! is also aggregated there and so anyone