Okay… so it has been a while now since the Mozilla Festival and I regret that it has taken me so long to get to writing this post. However I am writing it now so let’s get this done.

So what was the Mozilla Festival all about? It is about taking three elements that all intersect each-other and bringing them all together into one place so that they can work on awesome tools, ideas, and collaborations to make all three better! This year it was all about the intersection of Media, Freedom, and the Web.

So much happened at the festival that there is no way that as a single person could even begin to explain how much awesome there was. The awesome did not start at the event however, it started long before, over a year before in actual fact. Way back during the planning stage of the first Mozilla Festival in Barcelona. The festival then was about Learning, Freedom, and the Web, however it was the start of something more… it set the ground work for what would eventually be a second, and hopefully in a years time a third, then fourth, then… well you get the idea. There are many, many areas that intersect with Freedom and the Web however Media is one of the biggest and most important areas.

“Too many times in this world we get told to look and not touch” (Allen Gunn 2011) and this is what is changing in media, and this festival was about giving this change the rocket fuel it not only needs, but deserves. Not for the media agencies but for those consuming the creations they produce. For to long it has been a one way system, much like newspapers, TV, radio, etc… but this is changing thanks to tools like Popcorn (now version 1.0) we can produce content that is not only informative, but interactive. 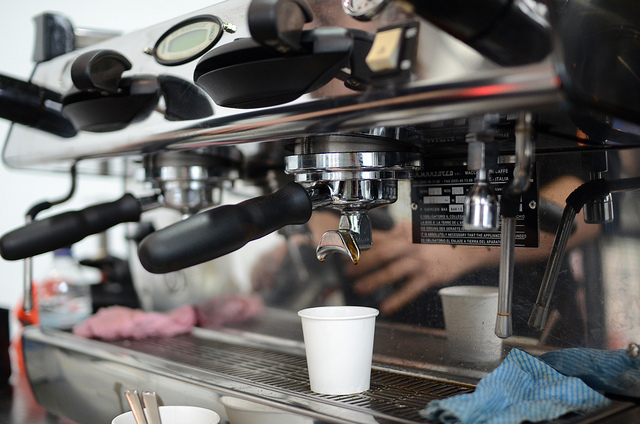 So what were my best bits of the event? Well manning the contributor garage was a lot of fun, as was doing what you will often find me doing at events such as this… running around helping ensure things go as they should. The best thing at the festival however, besides the awesome coffee made by the awesome guys from Ristretto Coffee, and being around so many energised (beside the energy gained from the coffee), enthusiastic, intelligent, amazing human beings, and well everything that you would expect from an event like this. The best thing, has to be, no questions asked, the amount of impact that this event has already had.

I wish I could tell you everything about this festival in one post however I would have you reading for the rest of your life. The atmosphere was something to behold. The way people can work together so well after knowing each-other the grand total of 5 seconds. The amount of greediness that can be displayed in a single game of ping-pong! (If you were there, and you know who I am, then you know that the ping-pong had to be mentioned 😜)

So here are some final things that I want to say before I leave you to enjoy the rest of your day, and leave you with some more reading that I hope you will do. There was a lot that happened in those two days (though for me it was 4 and a bit… but that’s another post on its own) and there is not a single blog post out there that will tell you all about it in one. It’s just not possible, so I ask that you take some time and check out the amazingly well written posts over at mozillafestival.org/category/mozfest. Check out the awesome photos from the event as well as all the videos. Finally… please if you only do one thing after reading this post let it be this… read this post (6 ways to keep the MozFest momentum rolling) and help make Media, Freedom, and the Web all that it can be!

Side note: To anyone who reads this that is thinking of organising the next Mozilla Festival… I put my name in for volunteer co-ordination. I think it will be a lot of fun, and I think there is a lot I can bring to the role 😄

[This is a cross-post from wduyck.calepin.co while I get my bearings on how to use/if I like calepin.co.] Okay… so I have been toying with this idea for a while since I noticed that Paul Rouget does his blog using

So it has now been about 4 and 1/2 weeks since I came to the University Of Kent, and it has been great so far. One thing that hasn’t though has been my responsiveness to people asking me how great it has