Time/task management is something that can take a while to develop as a skill… however it can be assisted, with great results, provided you find a system that works well for you. This is an explanation of the system that I've found works for me, maybe it'll help you too.
-- William Duyck

For a long time I used to use lists, or list based systems. This really didn't ever go anywhere for me. I learned to ignore the list, I struggled to work out what to do and when. Which order things should be in, and which tasks were more urgent, or important. 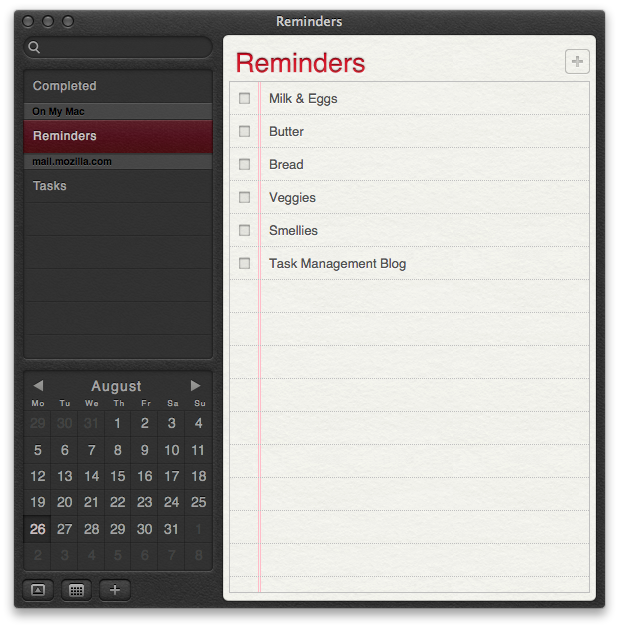 The most recent task manager I used that was list based was Apple's Reminders (seen above). It was great for the first few days, and for some of my friends works very well. I did my best to break tasks down into their basic components, set them realistic deadlines, and prioritise them using the system provided. I was also able to easily tie it into online services for synchronisation with other platforms, as well as quickly add tasks to/from my calendar. Problem is, this is list based. Something we know I stubble with.

My learned habits of lists, and forgetting about them/ignoring them. Meant I wasn't looking at it often enough, and when I did it took me far too long (if ever) to remember why something had a particular date/priority.

I thought I'd give something new a try, something I'd been sort of doing at the same time, but not intending to rely on for real task management.

The U vs I graph

For those that have never encountered such a thing let me explain the basic premiss:

For a better explanation maybe spend some time reading the article over on MindTools.

As an additional aid, I have a traffic light + thing going on to indicate the status of a task.

By the end of the week you'll end up with something that looks a little like this: 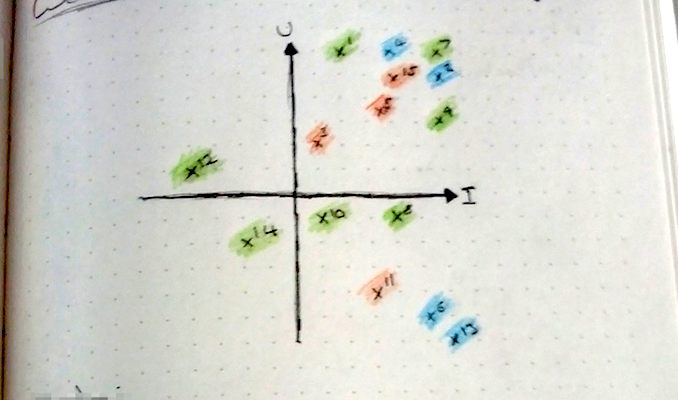 Working out the kinks

So this method, for me, is far better than anything I've used in the past. There are however a few kinks that I still need to work out, but unlike with lists, I have a good idea of what I need to do…

Yup. My next iteration on this is to turn it into a simple web app that I can add tasks into where I can set rough estimates on time to complete a task, and, rough deadlines (or should that be softlines?).

This way I can not only have a slightly more reusable system for my task management (rather than killing more and more trees), I should also be able to make tasks automagically move through the graph as the approach their softlines.

I'm thinking instead of using exacting dates, using things like "due in ~1 week". Should be an interesting weekend project for me to work on. Been looking for some more things to fill my weekends :P

A big thanks goes out to Michelle Thorne for starting me on thus course of task management, as well as Doug Belshaw for some of his ideas on how to improve it.

I'd love to know what you're using for your task management. What works for you, and what doesn't. It might be that I can hack my workflow to be a little more productive with some of your feedback :)

For the past few months I’ve been having a recurring convocation with Tobbi about a number of issues he’s noticed within Mozilla. Until recently we’d been going round and round in circles, with no end in sight. Recently Tobbi, along with

One month on, and I can see that I've done so much. Though it still feels like I started yesterday. I've not been as good at this blogging as I should have been, however I'm doing better than I've done in the past. At