Okay, so at the time of writing this it has now been more than a few weeks since I finally left FOSDEM, and I am ashamed to say that it has taken me this long to get round to blogging about it properly. I have some notes for the post however I cannot remember where they are, and to top it all off I didn’t take any amazing photos (well actually the last one is no surprise). 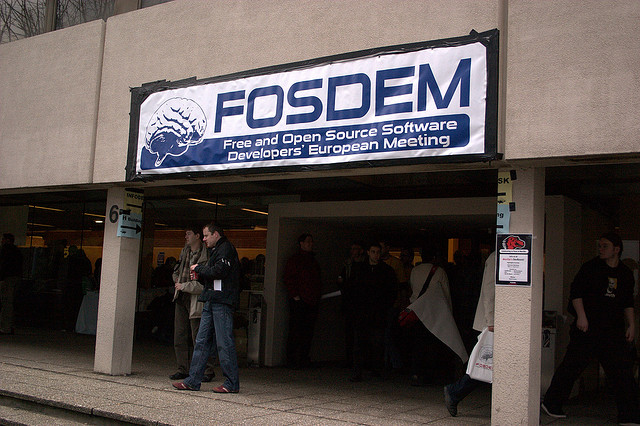 This year was my second visit to the amazing event and I have to say things seemed very different to the last time I went in 2010. It seems more organized and less… how to put it in clean terms… cluster f*** (I gave up on clean) in regard to the booths. There was a nice steady stream of people to the Mozilla booth, and from what I hear (I spent most of my time at the booth) it was much the same in the dev room.

So how do you sum up two days of amazing talks? Be they more formal presentations like those in the dev rooms, or less formal but just as important, like those I had at the booth. The answer… you can’t. It would take me two entire days of your, and my, life to explain the awesome sauce that is FOSDEM and even then I don’t think I would quite get it right. To say something that I have seen in many others blog posts and that I say time and time again. This has to be the best {insert event here} ever!

As always the first night is beer night, and yet again (I’m not sure how this has happened twice however I wont complain) I ended up with a reasonable number of the beer tokens :P. It was a night of catching up, having a laugh, and getting drunk enough to say “yup” I was drink (yes that did say drink), but not so drunk as to have a hangover the next day (unlike some people who forgot that this is how it is meant to be (you know who you are). 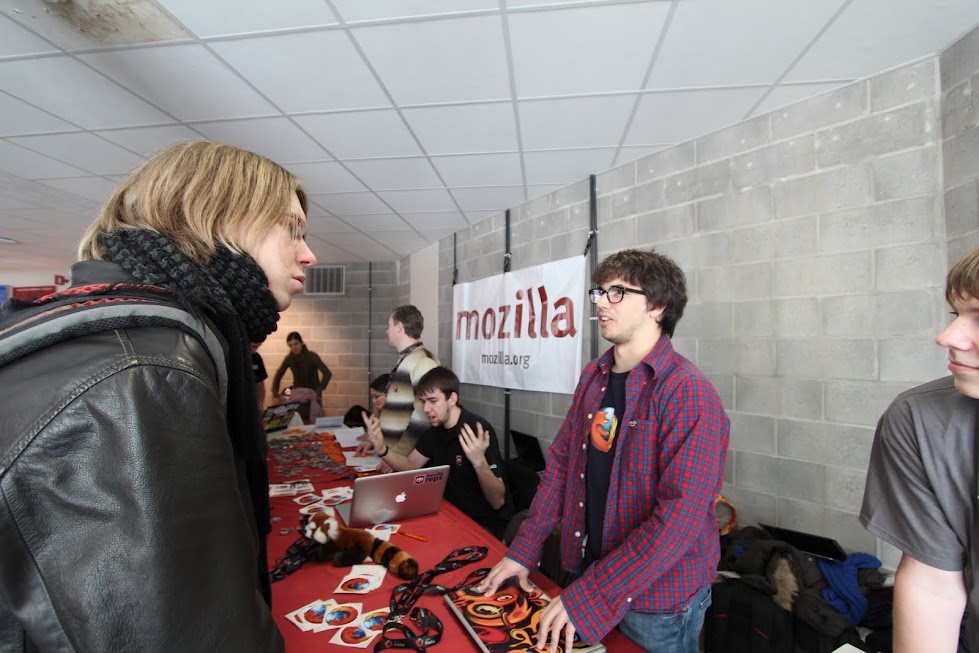 Day one of the event was different this time to the last I went to. There were more buildings to go to and the whole event was a little more spread out which I think worked to the advantage of not only the booths (what with having more space) but also the dev rooms (as people could get in and out easier between sessions).

I attended a talk on behalf of one of my lecturers at my university as I was lucky enough to be flying off to another country for possibly the geek event of the year while she was stuck teaching a maths lecture I was meant to be attending. I also got to know a whole heap more Mozillians as well as have a number of rather long, yet interesting convocations with people at other booths around the ULB campus. Not only that but also a great collection of talks with people interested in Mozilla. Some had questions that we were unable to get answers to straight away and so something that happened was a nice little hack that I am rather proud of that allowed us to collect these questions and reply to them after the event. You may even be seeing more of this at future events, however in a slightly more polished form. 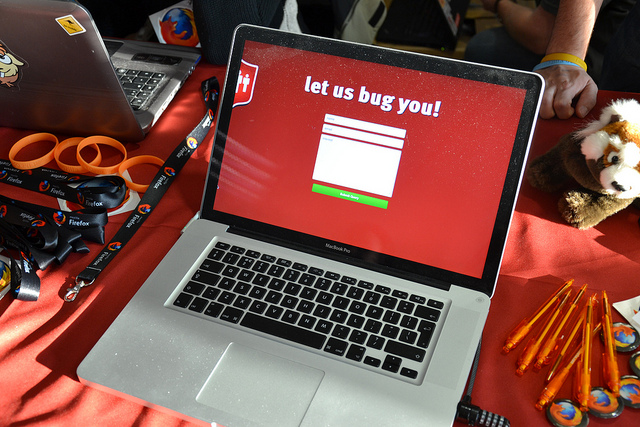 Day two was much the same as day one however I got to attend a few more talks that I was interested in, as well as find out that due to what the UK calls “severe weather conditions” my flight home that evening was cancelled. This meant another night in Brussels. Turns out this was a good thing as I spent an amazing night with some friends from around the community having a great dinner as well as showing off a couple of magic tricks (yep, I’m one of those people 😜). 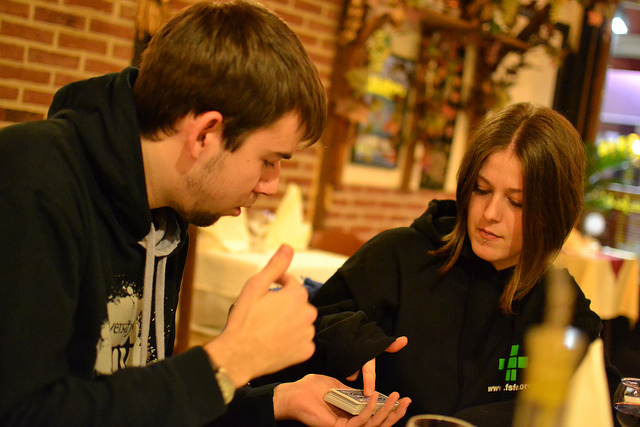 What is the big takeaway from this event though? What made this FOSDEM so different and so awesome from a Mozilla point of view other than the obvious? Well… this year, for the first time ever. The whole thing (Mozilla involvement not FOSDEM) was organized by the community and not full-time staff. So an extra special thank you goes out to the Mozilla Belgian community as well as Beniot Leseul for dealing with the logistics and being such an exultant restaurant guide 😜.

I recently learned about The Two Things question from William Reynolds and wanted to respond with what I’ve learned about the Mozilla Community. For every subject, there are really only two things you really need to know. Everything else is the application of

So it has been a busy and life changing year that just went by. 2011 brought not only a number of new events, and friends, but also a new look on the world around me. It has been fun, and I hope that it