Its been a week since I made myself known to be alive, online, and wanting to get back into the contribution groove (yes, in my head its like a dance). Since then my time has been spent trying to answer the question "How can I get involved again". To be honest with you its quite a daunting task, having gone from from all out, to lurking in the shadows at the fringes of the web, and now wanting to be back at the all out stage again. Jumping in with both feet however just doesn't seem practical.

Being a year removed from active contribution means I'm a year removed from decisions which have reshaped teams, codebases, and issue tracking. Though many processes appear to be the same or similar, knowing where to plug in is almost impossible. The once clear and informative listing of bugs on Bugzilla is now a terrifying wall of text. As a result I've pretty much concluded that the feet first approach is either not possible, or just too much for me to handle right now. Instead my focus needs to be on a custom pathway that can lead me into the snowball effect which got me to where I was in the first place.

Time to plan a contribution pathway for myself. To me this means picking a single area to start with, which has the potential to expose me to others leading in the direction I want to head (community builder/mentor/facilitator). Now is a ripe time to do so too, with the Mozilla Festival just around the corner a large portion open ethos ecosystem is about to descend on London to build, empower, shape, and teach. As a result MozFest is my starting point, though even the details of this are yet to be finalised.

From mozfest the plan is to throttle back retail and engage the impulse drive for open web contribution. This will include taking time to finally finish off a few projects that have been left in limbo, and work more on my favourite, long running, never progressing side project. Eisenhower based task prioritisation. More on this later, and in the past.

Beyond that the path is unclear, and is unlikely to clear up till after MozFest. However I don't think that has to be the case. This is the longest time away from active contribution I have ever been, though I know many people have taken sabbaticals from projects in the past and likely tackled with the problem of getting back into gear. My hope is that with a little more guidance from those of you who have done this before I can approach this problem with a clearer idea of how to solve it. Ideally I'd like to have a pathway that is loosely defined into the new year, right now it barely makes it past the end of November.

The big ask I have of you is this. If you have taken a sabbatical from a project in the past, how did you approach the problem of returning? 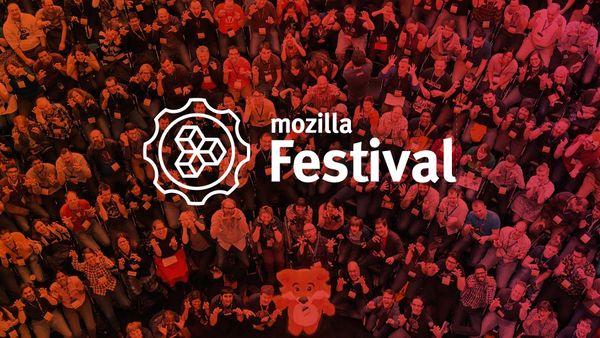 The Mozilla Festival is almost ready to pounce on us now, with only a handful of days to go I thought I'd share with you my top tips on making

So for the past year or so I've been far too hit 'n' miss with my online activities, and my contributions to projects I believe in. Many people are aware