Okay so this post is actually two rolled into one. I decided it would not be worth doing them separately as there is just way to much cross over.

Not long ago, about a week ago in fact, was the second Mozilla UK meetup that I have been to. This time in the new London space. It was really nice to see the new London space now that it has been completed (for the most part). This time round the talks lasted a little longer than last time (by about a day) and a whole lot more productive this time. We took the discussion right back to basics.

What is the point of a Mozilla community in the UK? Or in other words, what should a Mozilla community in the UK be focusing on? This is a question that helped lead most of the discussion on the first day. Gerv was a big help in putting us on this track, and it is to him I would like to say a big thank-you. I doubt we would have been as productive as we were, had he not been there. The discussion lead us to the conclusion that one of the main focuses we should have is web making.

Leo has done a great job of writing up the talks (see the wiki) so for the rest of this section will focus on other aspects of the trip.

It was nice to be able to visit the new London space now it has been completed and I have to say it is one of the nicest places I have been. The communal area is amazing, relaxed, and yet still somewhere that I could get a lot of work done. It was also nice staying in the hostel on the first night. I met a number of people who new of Mozilla, and recognized it to be the people who make the Firefox browser. I also had the chance to teach some web making skills to a lovely girl there who was studying business and had a web programming module. Something I didn’t even know existed in a business course. It was quite a nice irony for me that the following day we decided as a community to focus on web making.

The second nice thing, separate from the amazing meeting rooms at the new space, was that a couple of people came to visit the office at the end of the first day, and we had a nice chat about a number of things. I also found out about an amazing project to do with storing information for a million years, using ice, and a space craft in an orbit near the edge of the solar system. Little did I know that one of the people involved in this project happens to lecture at my university. I will have to track him down and have a good chat when I get back to uni next week.

I also got to meet some people at the space that I have not seen for a long time, as well as some new faces. Something I love doing. You know… I think I’m going to leave this part of the post as it is. There was just too much to talk about, I should have tweeted/tumbled the whole thing to be able to explain how amazing it was. I will add one more thing to this section,and that is to say that on the second day those of us that were still around focused on what to do with the website.

So it may not seem like that long ago that there was someone writing about a revamp of the Mozilla UK portal. However since the recent meetup at the new London space work has been happening on the new direction for the UK community. Some of this work revolves around the website which is being stripped out, and replaced with a new system that provides only the key information specific to the UK community. This information is going to be focused on events, and the blogs of those around the community.

I have spent the past week working on the new site, its design, a logo, etc… and over the course of this week I am going to be writing up a lot of what I have done, as well as sharing with you updates and changes suggested by others within the community as well as myself. So, today I have spent the afternoon (seeing as how I only got up at lunch time) working on putting most of the analysis that has been done on the site, into a single document similar to the one I last had to create for my A-Level project Affero. There are some bits missing for a number of reasons, mostly due to needing to talk more with others, some due to my need to convert some hand drawn sketches to a slightly more digital form.

Anyway, I would like to share with you the document so far, so as to get your opinions, suggestions, etc… The document is just a simple markdown doc, so I ask forgiveness on it not being as collaborative as it could be were it a wiki, however this is just my rough works so far, and I have a lot more to do. I will be adding this to a lovely, lovely wiki once I am happier with the state of the doc.

You can find either both the markdown and HTML version of this document in my public dropbox folder. To find out more about my logo ideas read my tumblr post about it.

My preferred, and the logo which I have had the most positive feedback on can be seen below: 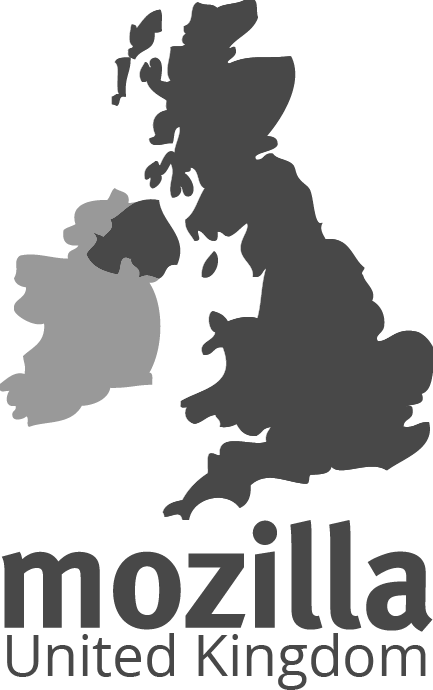 Proposed vertical version of Mozilla UK logo Okay… so it appears that even though this revamp is still in the early stages there is a reasonable amount of interest in the project. So I thought I would make it easy for those of you 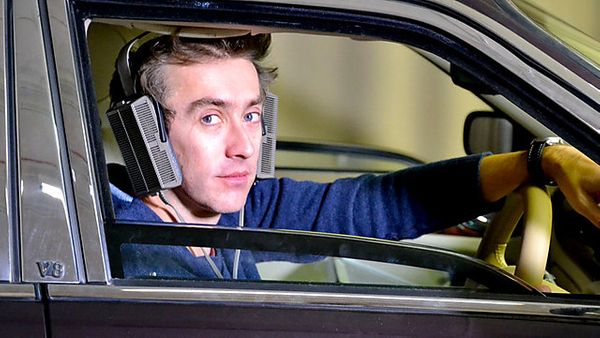 Okay… so despite the title there this post is not listed as being in the Mozilla category. Why? well this one is more personal than anything else. It is a