Who are you, and what do you do?

I'm William Duyck, most people on the web know me as FuzzyFox however. I'm a member of the Webmaker Mentor Team at Mozilla. I've been on the team since July '13 however my history with Mozilla goes back over 8 years now. I've spent the majority of my time as a Mozillian working on community engagement and marketing, mostly due to starting out in the Spread Firefox portion of the community and being taught the ways of the dinosaur by people like Kensie (formerly Lucy) Connor and Mary Colvig.

Throughout all this time I've been learning not only the ways of the dino, but a large amount of web development with some dabbling in web design. I'm not just a computer geek though (even if I am proud to be one). In my non-digital live (shock horror these still exist?) I love nothing more than to blow stuff up, and make lots of fire! http://en.wikipedia.org/wiki/Lewes_Bonfire

What hardware do you use?

For work I'm using a mid 2011, 13" MacBook Air which is sometimes attached to a 24" Dell Monitor. In addition to these I also get a lot of use out of the office coffee machine, and have been on a mission to make a perfect cappuccino since I started working full time for Mozilla.
When its time to unwind a little it all depends on location, if I'm at the office and its the end of the day, I've taken to playing games on the Playstation 3 that's hooked up to a 50-something" screen in the office game room. If at home then its usually a film from my ever growing DVD (cant beat having the disk sometimes) collection on a 24" Samsung Smart TV.

My home setup is a little pitiful right now, and consists of the aforementioned Samsung TV
which is wall mounted, and an early 2011, 15" MacBook Pro.

Moving onto the devices that travel with me everywhere... the extensions to my arm, I currently carry a Peak (FirefoxOS Developer Preview Device) which I use as my primary phone. I use it mostly as a phone, and calendar. My old Galaxy Nexus comes along for the ride as well, but only as a portable games device, and occasional SatNav.

When it comes to software this is where things get interesting. Both my computers run git on the command line which I use to version control almost all the things, including my dotfiles. Both also have customized zsh shells using oh-my-zsh which not only makes life quicker and better looking in the terminal world, but easier as well. Sticking to the command line for a moment I'm also running TotalTerminal which is a plugin for the Apple Terminal app that makes a command prompt, no matter what I'm doing, just a simple keyboard shortcut away.

For coding (mostly webdev) needs I'm rocking SublimeText 2 with a reasonably large number of extensions that I wont list in detail, but these include tools to make webdev quicker, simpler, and more automated where it makes sense, as well as a few extensions to make managing code snippets (which I maintain with gist.github.com) easier.

Moving to internet usage now, I spend most of my life in code or the browser, I use Firefox Aurora with a few add-ons that keep out of my way, but make life just a little easier, such as Send-To-Kindle so that I can read long articles from the web on a more eye friendly device, as well as in my own time.

What would be your dream setup?

Something similar to my work setup, but with a little more automation, and maybe more optimised and integrated apps.

I'm quite happy with how things currently stand, though give it a few months I'll probably be looking to upgrade my home machine, as well as getting a monitor similar to what I have at work for use at Home/Uni.

It might be nice to have my own server for synchronising my things between devices, as well as making my DVD collection accessible from all my devices.

In short probably something like what I've got going at work now for at home, plus some upgrades, and a home theatre setup w/ home server, and a few terabytes of storage for my films.

Games consoles are very much something I can take or leave. I still spend most of my free time coding, just on different projects.

So this is just a quick shout out to all those within the Mozilla community who need an excuse to flex their video editing skills. Google, and many others are showing us what the world looked like in 2013 from their perspectives… I’m 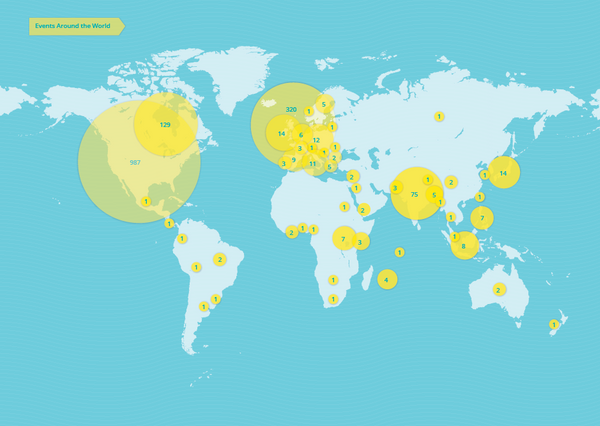 If you haven’t already please ensure you read part 1 and part 2. If this summer is anything to go by the mentor community is a force to be