A little over a week ago I was lucky enough to help #maketheweb at Campus Party, in the O2.

Campus Party, for those that don’t know, is a week long festival held every year where hackers, developers, gamers, filmmakers, educators, and technophiles galore, converge on a single location. Many camp on site, and all immerse themselves in a truly unique environment.

MakeTheWeb was a great space to work in with many different people from a wide range of organisations. All with the shared goal of taking the web from consumption to creation.

Organisations included Think Big, Freeformers, and CodeClub, to name but a few. The space had a continual buzz, and air of creativity. Even those that came just for the free smoothies (yes! free smoothies) got their hands dirty, and made the web.

In addition to this we also spent a lot of time talking with future mentors, and educators about how the web isn’t read only.

We even got a visit from the Chancellor of the Exchequer George Osborne! Despite our change in tactics we still had a lot of people who were interested in learning some code, and getting hands on time with the webmaker tools! Each day we ran a contest.

We challenge the Campuseros to pit packman against space invaders, werewolves against vampires, and even pirates vs ninjas. All in all the week was a blast. So much happened that I couldn’t begin to pin down my favourite moments. However I will share with you a few of my favourite makes from the event. 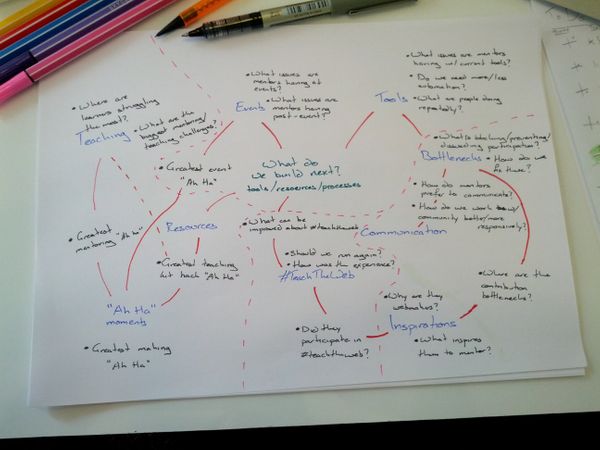 tl;dr: Don’t be lazy. Reading is good for you! “The biggest challenge is planning for people you don’t know.” Jeannie Crowley I recently conducted a series of

For the past few months I’ve been having a recurring convocation with Tobbi about a number of issues he’s noticed within Mozilla. Until recently we’d been going round and round in circles, with no end in sight. Recently Tobbi, along with