Mozilla is coming up on a huge milestone soon. It happens to be the 5 year anniversary of Mozilla Firefox. Less than one week after November the 5th no less! How very dare they 😜. Well okay you may not get that but November the 5th is a big, big event in Lewes (find out more) and it involves a lot of light. If I had known at the a few months earlier that Mozilla planned to celebrate this anniversary with light, I would have done something spectacular. Now though. There is no chance for me to put plan A into action so now I am thinking of plan B. The idea of the whole “Light the world with Firefox” is to put together for the most creative uses of the Firefox logo with light.

Here are some of the ideas Mozilla have provided but don’t feel limited by these. Go do something creative!

There are other ways you can celebrate, including the good old fashioned party, which, should you host, you need to invite me to 😜

There is also a facebook group as well as a twibbon! So you have no excuse for doing nothing to celebrate this one off event. There wont be another party quite like this for another 5 years! Make the most of it!

Oh, and one last thing of note. There is a hashtag for you to use for any videos, pictures or blog posts. #firefox 5

Employees of a Microsoft Store in Mission Viejo, California, recently started line dancing to the Black Eyed Peas. This looks like a lot of fun. See for yourself! This combined with a few other things that I have seen recently has inspired me with 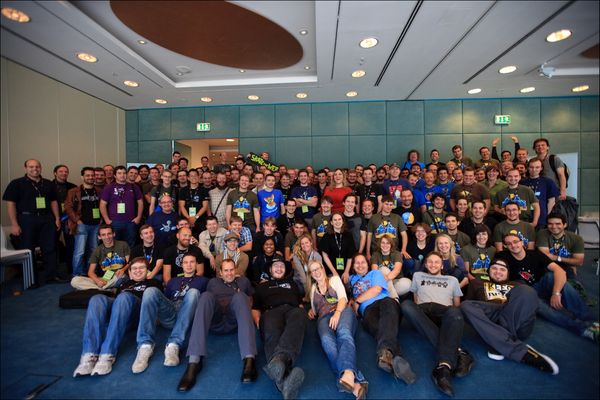 Okay so it is now about 1 week since MozCamp EU 2009, and, the first thing that comes to my mind about the event is “Did everyone who booked the