As most of us will know, Google has its own little world on-line with tons of cool tools like Google Groups, Google Sites, Google Apps, etc… But, what a lot of people fail to realize is that Google World is not only a place in cyberspace but it is also a place in the real world. These photos taken of Google World are not fake but are 100% real. 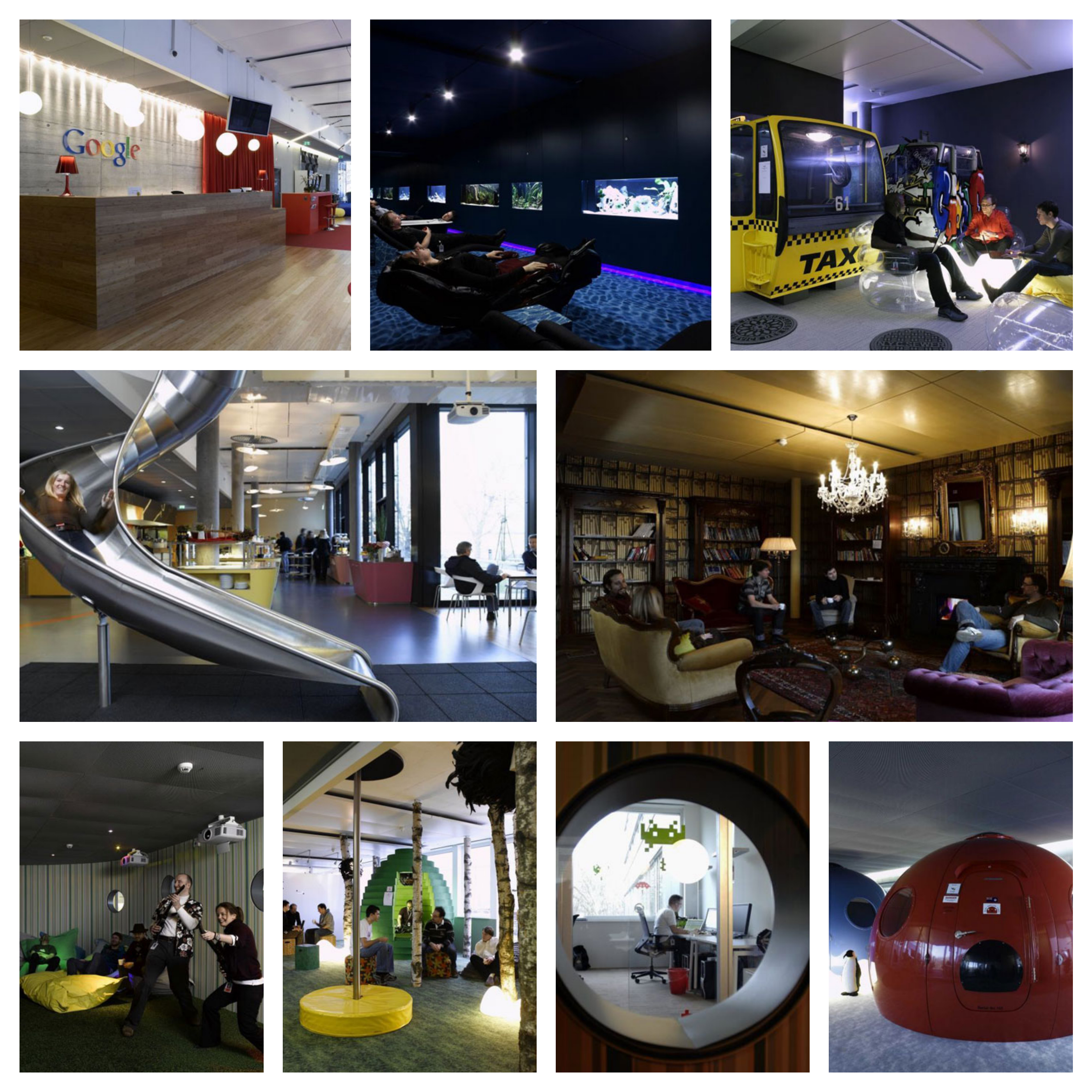 Not only does Google have its own slide it also has its own South Pole, Amazon Rain forest, Sleeping Quarters, Bee Hives, Taxis and many other bazaar places.

Google’s radical image is not just the ex-scrappy youngster but it is the way that it treats its employee’s and their families. Yes there is even a day care centre.

Is this, or is this not, the most amazingly cool and impressive Rube Goldberg Machine you have ever seen? Tom Baynham and Ben Tyers proceeded in building this wonder of wonders right after completing their Masters degrees in Manufacturing Engineering at Cambridge University. It

I just thought it might be nice if I had a regular thing that you can all go, “Yes! He is human at the very least”. So here is the first of many. And may I just say I’ve got a jar of