So… when to the organisation of the party start? Plans started formulating in my head around the beginning of March. Then later during the London State of the Browser event it started to come together. A small team of people started to keep me in check and ensure that I was working away, planning, plotting, and well… generally getting things done.

The party for me became a whole lot more real the day that the swag arrived for the event. We had already secured our venue and put tickets up for grabs but this didn’t all sink in till the swag arrived… at last there was something physical to grasp and remind. Oh and yes… my cat did fall asleep on some of it. 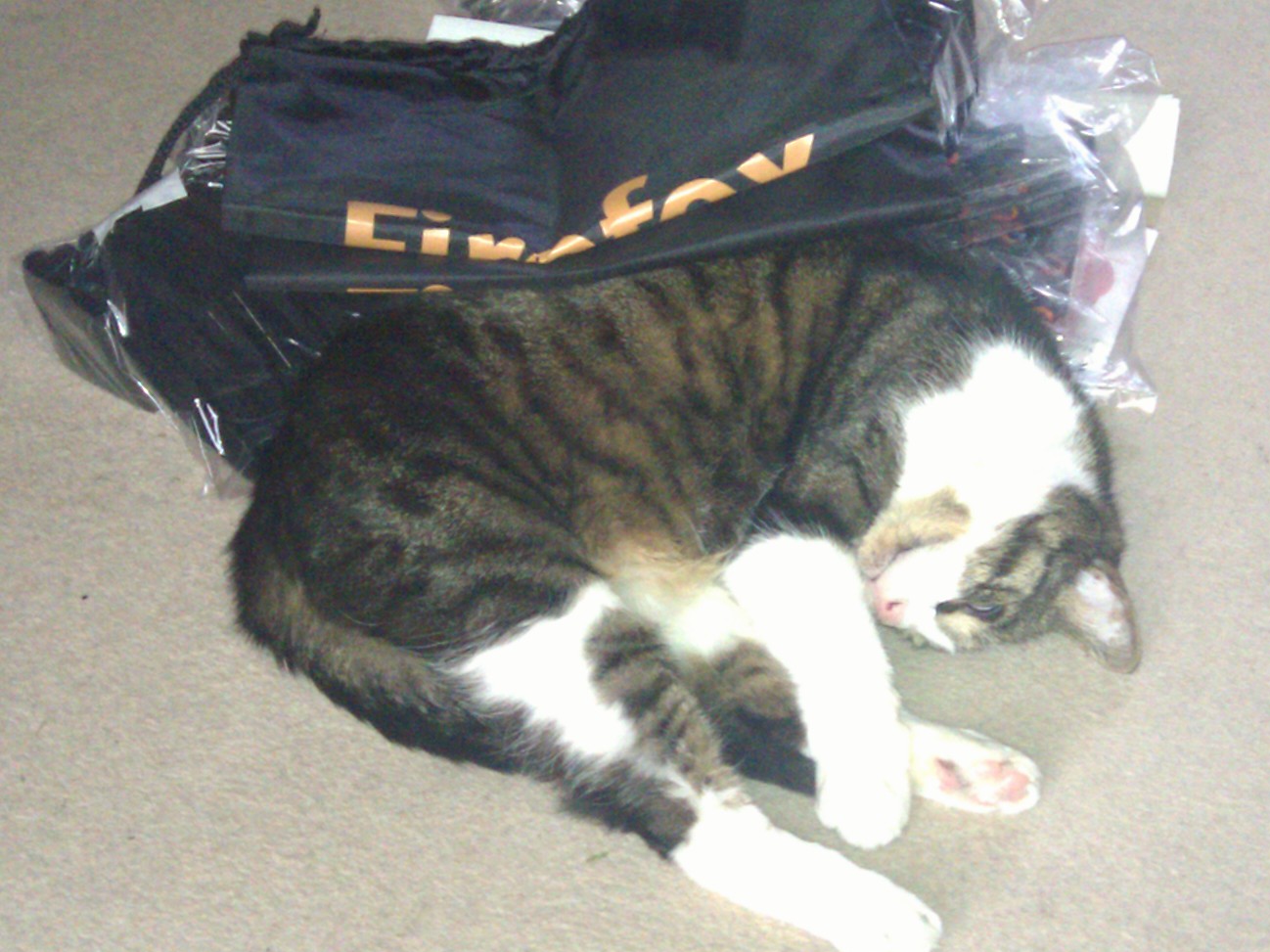 So next to getting the passes printed for the event… turns out that if you explain what Mozilla is, and ask nicely you can get a lot of stuff for free! First the venue (The Hub – Kings Cross), then the event passes, and then a second venue for the after party (The Star Of Kings). 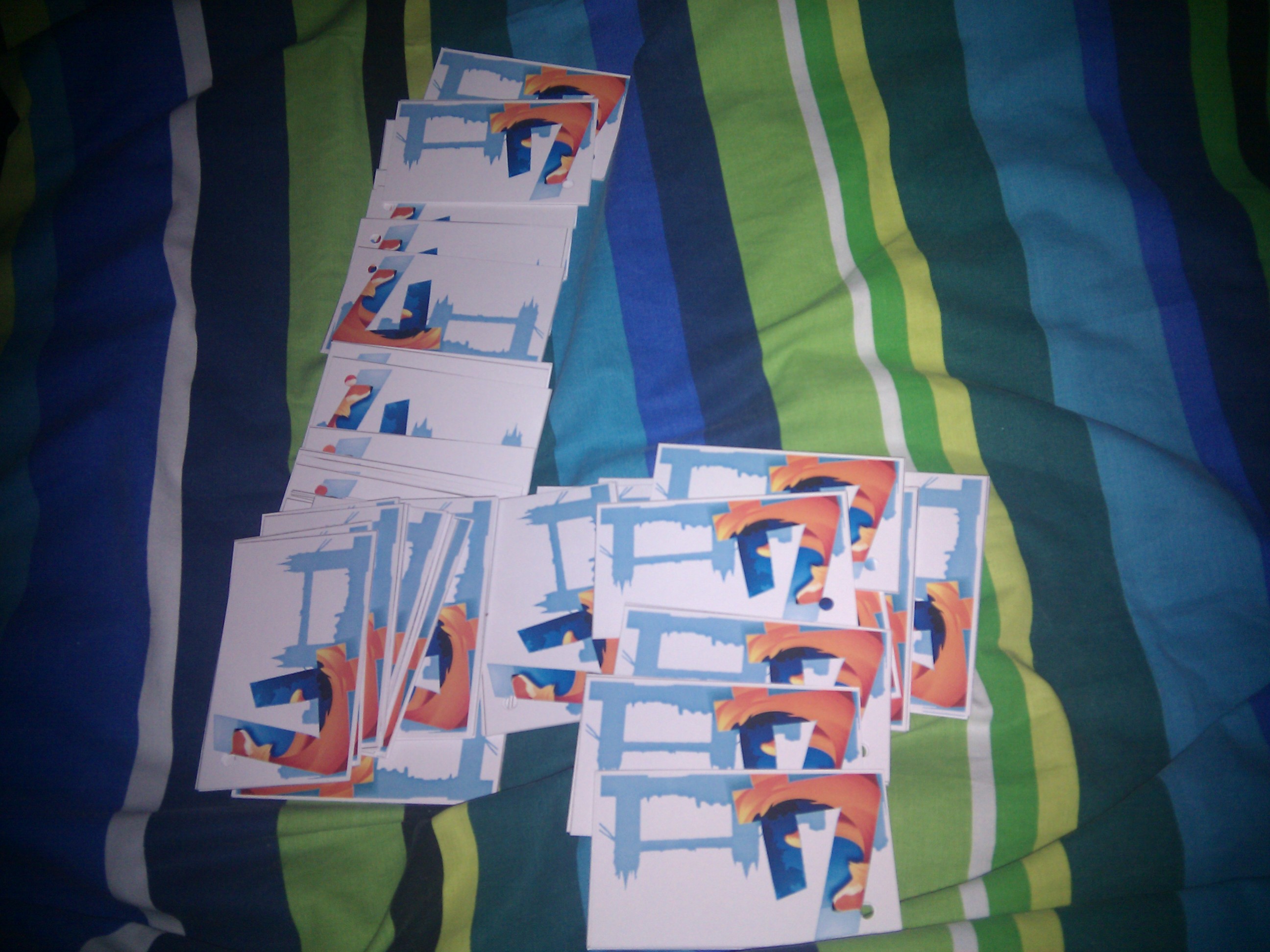 So this all just sorta happened, with a lot of emails flying around and phone calls to various people the components for the event started to come together. I could go into every detail however I don’t fully know myself, nor do I think you would be too interested. In short if I can give you one piece of advice to get the event date, venue, and other stuff together (except a DJ in our case that didn’t go to plan) it would be this.

Be polite. Explain about Mozilla and use the phrases non-profit, community, and enthusiasts. Haggle and do what you can to get the other parties involved, and things will happen.

So now we have all the bits… time to put the swag packs together so that everyone gets some goodies and an event pass. This takes time… it is tedious and repetitive, however it seemed to be well received so it was worth it. 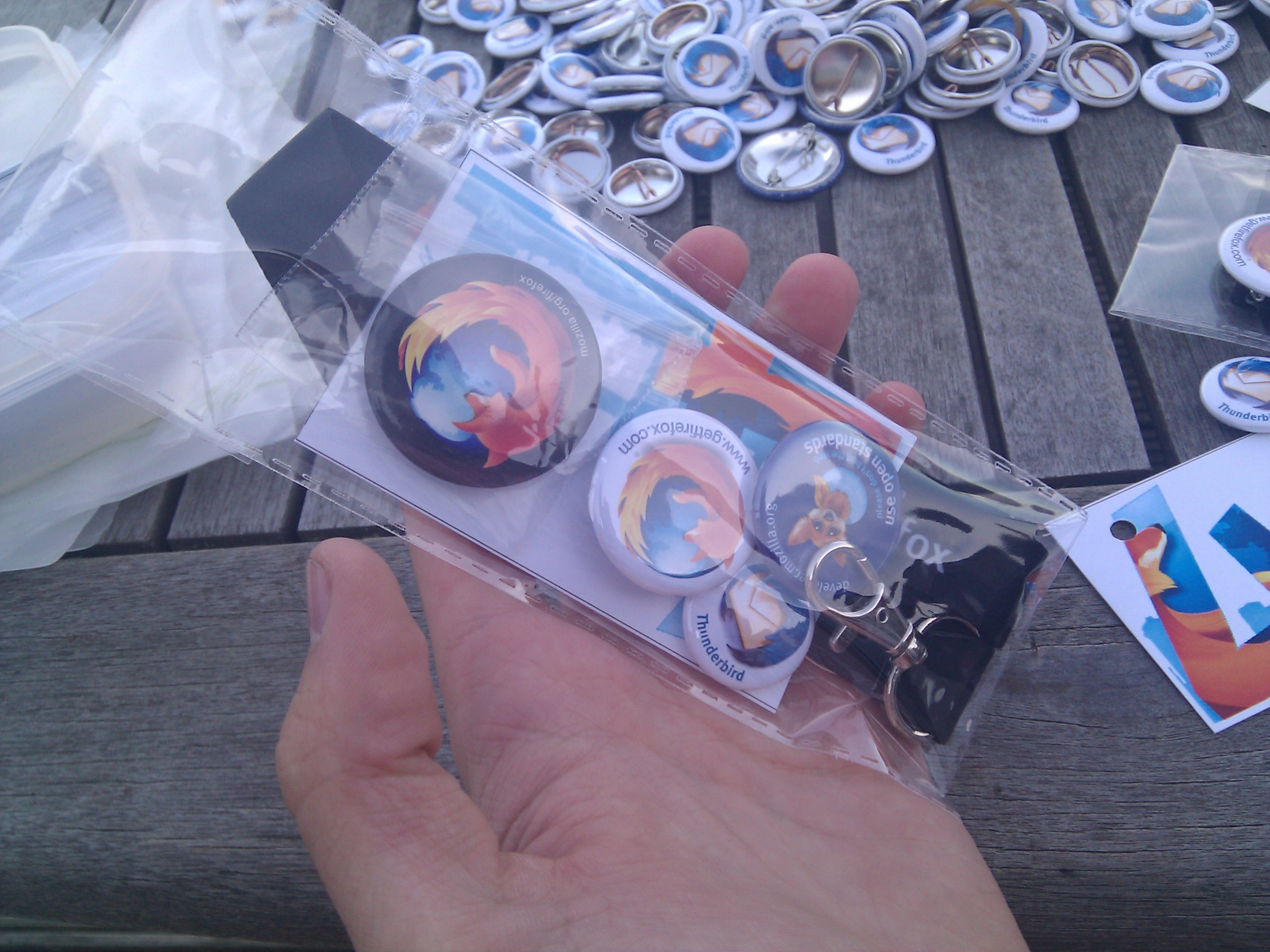 Next step… getting some speakers and improvising. So we asked Chris Heilman to do a presentation on HTML5 and Firefox awesomeness… it was prepared on the day before from what I understand however it was amazing. My talk was all about Mozilla and I took a few weeks to get that right, however again it worked well… now for improvising. I knew that the Firefox costume was in London and that I wanted it at the party, however we needed to get it there… so what would be more fun that taking it on the underground and doing a little marketing at the same time! Well… maybe not being cooked alive would have been nice but hey, what can you expect from a giant fox costume and a sunny day in London?!

Next improvisation… there were some surprises for me now. I had been trying to get hold of cupcakes for the party but had failed, little did I know until the day that Dees had managed to get hold of some. Next up was the official Firefox 4 shirt had been printed and we had a whole load coming to us for the party. Nor did I know that we had a giant poster of the design coming to us! This all meant that I had to scrap the schedule I had planned and change to something a little different. We got the designer of the shirt (Koen Hendrix) to talk about why he designed it, and instead of doing a Team Firefox photo with a Team Firefox banner behind us we dished out the amazing new shirts to everyone and had a wonderfully yellow photo instead! During the party there was a game of Mutli-massive Multi-player Thumb War, and people got some prizes for that, we also had music, and drinks, and socialising.

So once the party was over the mass of yellow moved on to the after party while a few of us stayed behind to clear up the venue. We did join them later on however and had a blast. I have no idea how many Jägerbombs I was made to drink, all I know is that I don’t know how I survived. 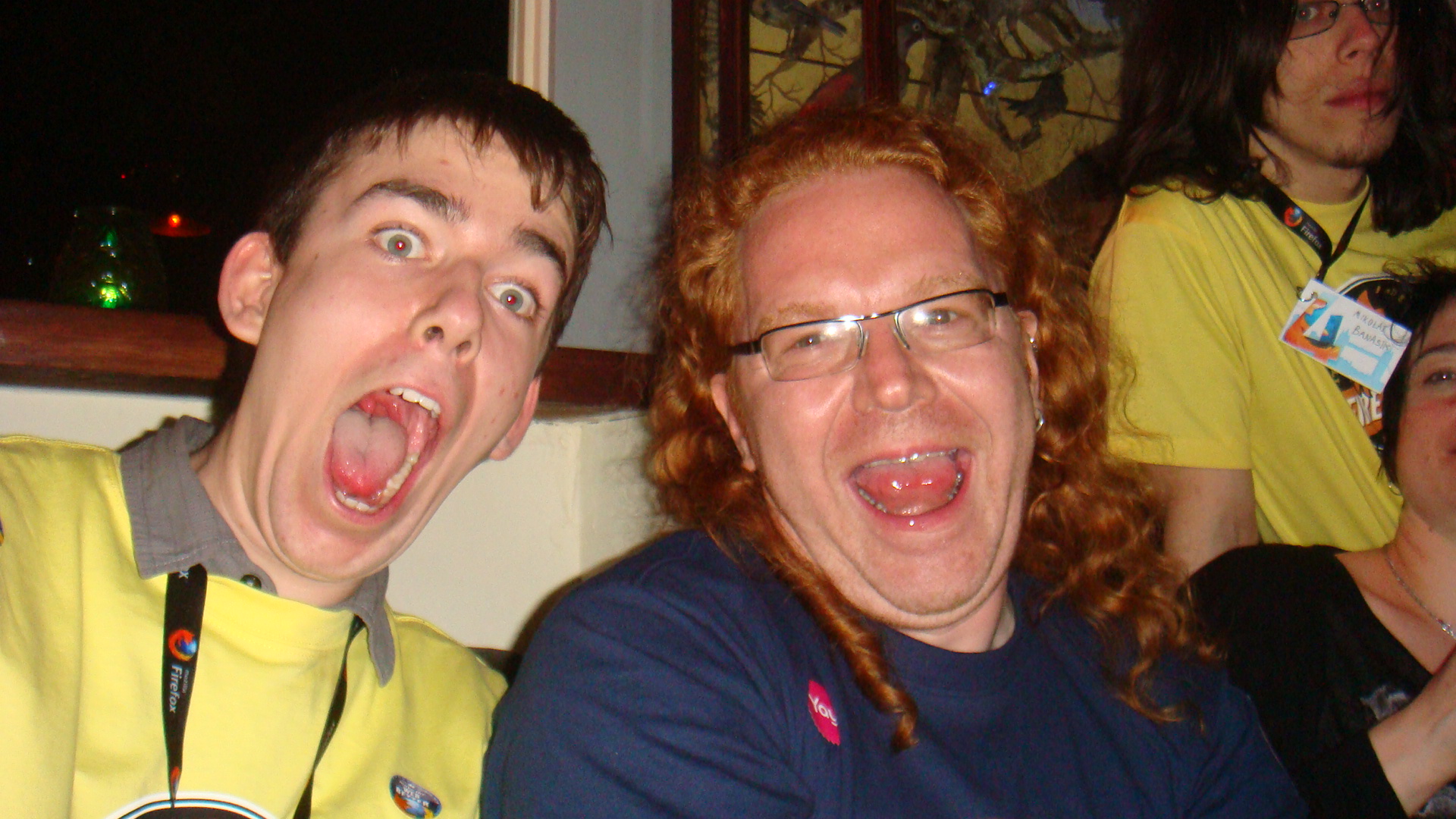 So now what’s left to do? Sure the party is over, however there is feedback to collect, things to take into account from the feedback to ensure that the next party is even better.

All I know is, the day after… well… that was spent almost entirely on sleep.

Okay so it has been more than a little while since my last post and almost as long since my last Mozilla activity. So this is just a quick little post to say. Hello world! I am still very much alive! Exams went well So last night was the Firefox 4 launch party in London… it was a great day although very busy behind the scenes we still all had a lot of fun.