Okay, so I have been thinking about creating an event here in the UK that should help with community building. The event should be social so that connections can be made and people get to know each other. This is why I have deemed the event Mozilla Social. Right now the event is just a wiki page that details the way such an event would occur and what should be thought of when creating such an event.

So I will run through the basics in this blog post as well as ask you one question. I think I will do the asking now.

If you are in the UK and are part of the Mozilla Community, would you be interested in attending a Mozilla Social? and if so then please do say! Part of the key to this events success is knowing how many people are going to be attending and how large the local (in this case the UK) community is. So I ask that you spend 2 minutes to fill in the form at the end of this post so that I can get an idea on numbers. [no personal information is needed/wanted just if you are interested and where you would be coming to the event from]. The event starts with welcomes and a drink as do many Mozilla events. This is shortly followed by a nice big talk on something like the open web and why it is so awesome.

The Lightning Talk Round

The event, although being social, does need to have something a little formal in it. This is where the lightning talk round comes in. It should contain no more than 4 talks, but these are lighting talks with a difference. They are 10 minutes long.

There is always someone who wants to ask a question straight away, and this is a social event… so let them!

Getting To Know You 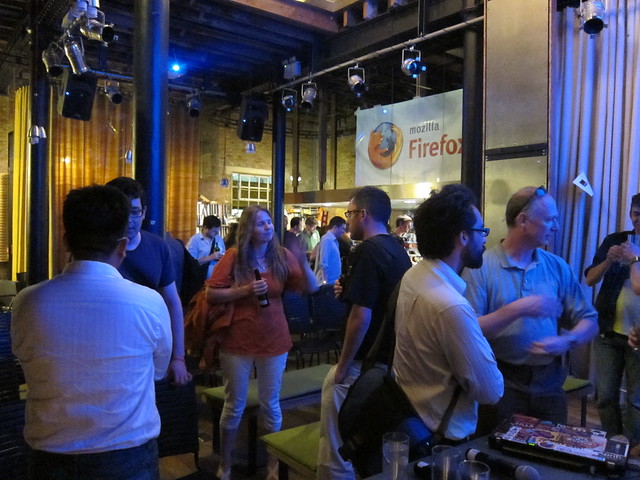 This is at least an hour of socialising. No format, just drinks, conversations and some computers floating around to show demos and work that people are doing. Sort of half way between a raw social event and the Mozilla Summit Science Fair.

This is the end of the event. People will be asked to visit a feedback form so that information about the success of the event can be gathered straight away. It should also have some form of contact exchange.

So, the question one more time:

If you are in the UK and are part of the Mozilla Community, would you be interested in attending a Mozilla Social? and if so then please do say!

In the coming weeks I will heading back into college for the last year, and, as a part of this year, my computing course (one of my three chosen subjects) requires that I complete a project from start to finish as if it was

I have recently thought about how nice it would be to have a custom backed phone. I did after all, buy my phone for many reasons and one of which was the ability to customise it. Another, so that I could help beta test