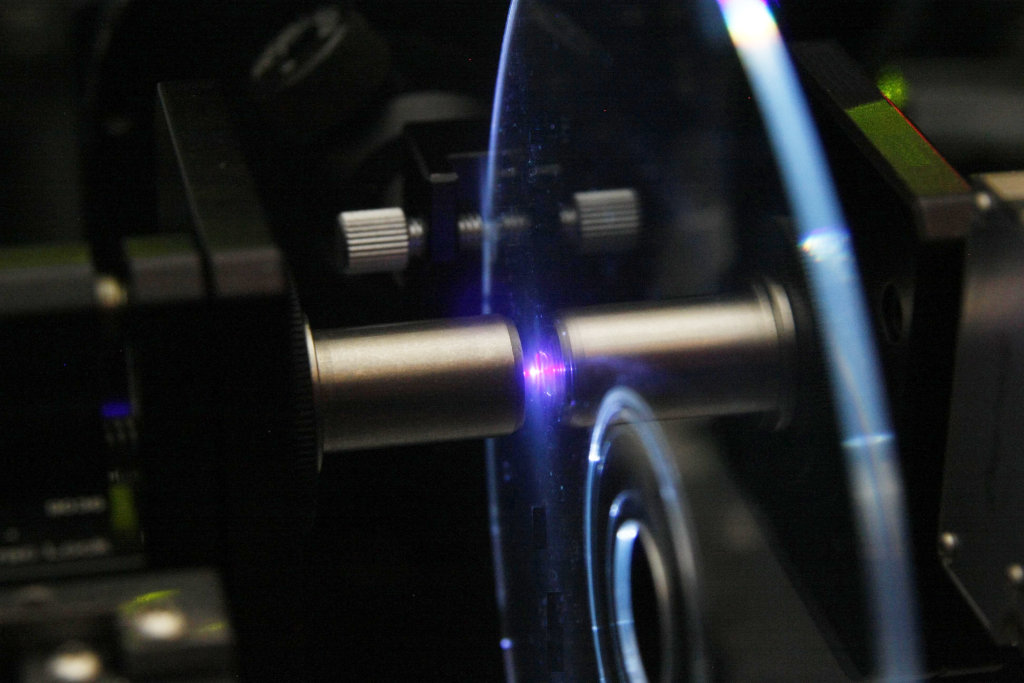 Think that we have reached the peak in disc capacities with blu-ray? Then think again! General Electric has revealed some spectacular news, and the word is that they have created a 500GB optical disk. Sorta makes my external hard drive look a bit bulky and old fashioned! ☹️

500GB equates to blu-ray x 10 OR almost 60 movies! Unfortunately the technology is only in the stage where it can be proven to work in lab conditions but this was the case with blue-ray not long before it came out for general use. Predictions are that it should have been refined and available for commercial use in 2 years time. So what I will be 19? I think that I will still be quite tech savy by then. I can see soooooo many uses for this. World Domination here I come!

Blu-Ray is simply a more efficient use of the same tech used in DVDs (a series of dimples in the disk surface read by a laser), the General Electric system uses holograms, effectively turning the data storage area into three dimensions. The firm says it has found a way to make smaller holograms almost 200 times more reflective, thus increasing the number which can fit on a usable disc, and so the disc has a much, much greater capacity.

The biggest problem with these disks however is that all current technology; sound systems, players, visual devices, etc� would not be capable of either reading the discs OR making the most of the improved sounds/visuals that can be recorded onto these discs and so, even if they are ready in 2 years� will the rest of the technology that utilises the discs be ready?

Until such a time as the rest of our equipment is capable of utilising this new disc General Electric will concentrate on specialist uses such as hospitals which need to store extremely detailed brain scan data, or movie studios which want to minimize archive space.

In fact the new Spread Firefox is sooooo cool that it needs to be spelt “kool”. After the launch of the new site being put off twice it is finally

Okay so rather than reposting all my older postings from the internet that are dotted around the place I will only be summarizing them here and linking to their online locations. It may take you a little longer BUT it will take me less