I think it is customary not only to create a small list of new years resolutions, but to make them extra special! So I am starting a meme, you know the rules by now.

Thought I might make this a little more interesting (and a little more viral), so I have added a 6th optional rule, but it does get you bonus points. Writing down your new years resolutions is always a good idea, especially if they are public. It gives you a real drive, cos not only are you doing it for yourself, but you are doing it to look good!

The Big Number ONE

Travel, even if it is only in the UK. This is not just travel and enjoy life though. This is travel and help give a big kick up the backside to the United Kingdom and get them learned up on open source, and of course, Mozilla! I finish my education for a year in July this month. So starting August, I am going to dedicate a large chunk of my time, and effort into promoting Mozilla, its mission, and open source on the whole. I will start in my home town, move onto the county (I’m in the county town so county is the next logical step), then the south east of the country, etc…

Okay now to tag some people!

I tag the following people with the “at the turn of the decade” meme:

Look at this, a 6th person. I started the meme and I broke the rules first. (Oh, noes!)

Sarah Doherty As another Mozilla marketeer, and as Leo has told me he has no blog. But not only that, she is an awesome person to chat with when you can. Should be some awesome resolutions.

A nice wallpaper for the meme. 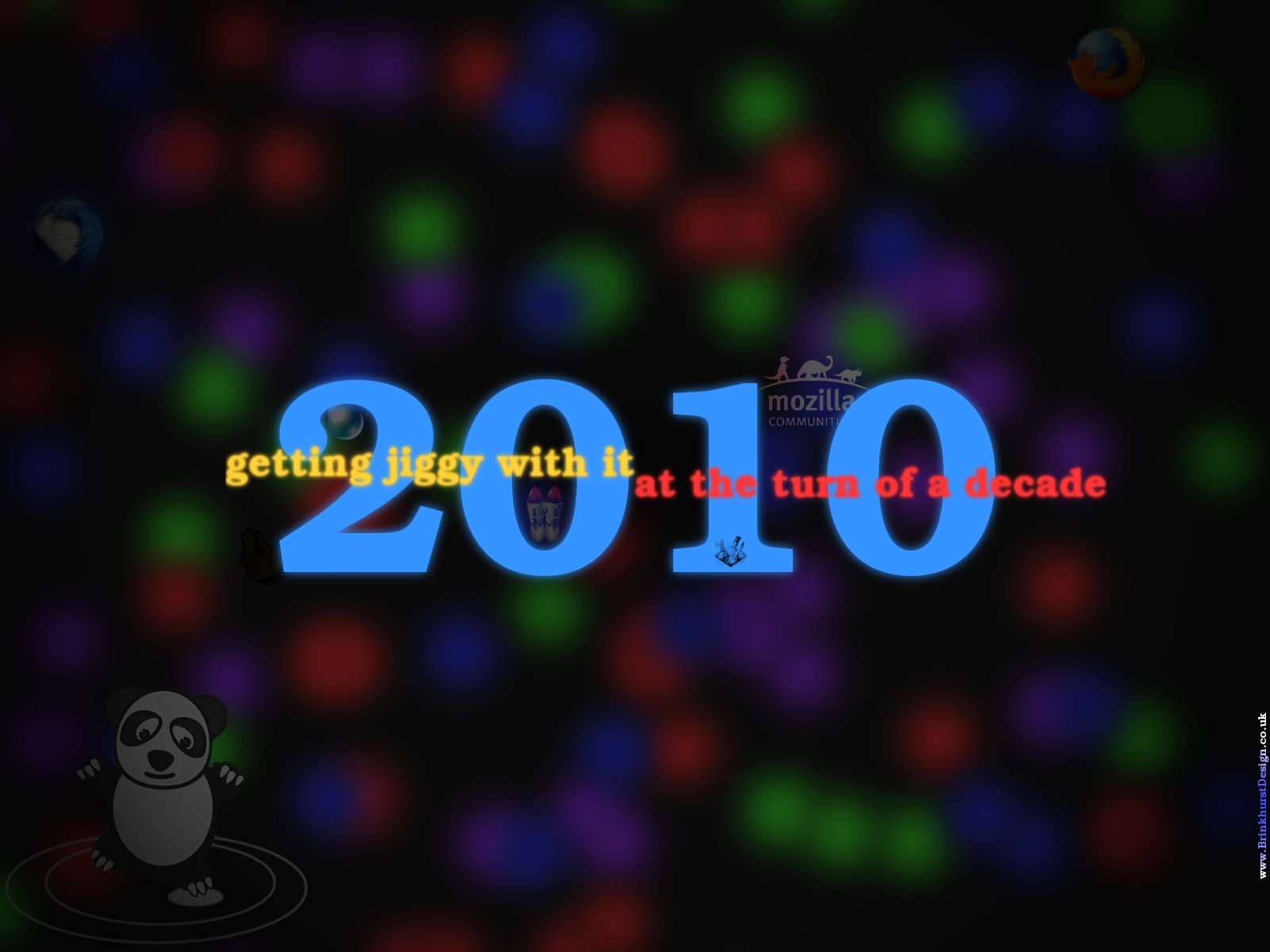 Dear reader, First of all. Thank you for reading my blog. Second, Mozilla UK recently went into beta and is now open for public viewing. There are currently 2 main themes that are in the running for the site launch, but which do you

I think that today, I lost it a little. There is a section of college where there are, well… I will let you see for yourself. Just visit the link to the flickr set below: www.flickr.com/photos/fuzzyfox/sets/72157622718648727